Warning: "continue" targeting switch is equivalent to "break". Did you mean to use "continue 2"? in /var/www/swinging-europe.dk/playgroundlive.dk/wp-includes/pomo/plural-forms.php on line 210
 About PLAY!GROUND LIVE
English
DanskEnglish

“Young people are a target group, I’ve always loved working together with. I wish to give youth an opportunity to develop as musicians,  as well as try their hand at a professional musician’s life.”

PLAY!GROUND LIVE is a musical orchestra concept, which has been around for several years.

The young musicians, their synergy and the unique interplay, which takes place in the combination of new talents, year after year.

Since its establishment in 1990, creative and far-reaching cultural ideas emerged from Culture Brande. The chairman of the association, Birgit Vinge, and musician Erik Moseholm wanted to launch a new large joint project – new tunes were needed in Danish music.

Based in Saxhildshus, the next EU-funded initiative was formed and shaped, which later had the opportunity to be able to celebrate its 15th anniversary in 2016.

The name of the project in question?

The pilot project launched in 2001 and was given the opportunity to grow vast and strong over the coming years.

The composition of the two words highlights the purpose of what PLAY!GROUND LIVE is all about: The concept is a playground for musical expression, which at the same time takes place live, with all the unexpected, educational results this may lead to. It is a way to activate young musicians between the ages of 15 and 22, by setting presence and energetic commitment on the agenda.

Each year a new constellation of musicians is created, which is then the corresponding year’s PLAY!GROUND LIVE orchestra. After a short and intense bootcamp, the band performs at various venues around Denmark when they go on a week’s tour.

From large scale places to small scale places and from outdoor to indoor live concerts, the physical framework of the project is tested and innovated for each year.

In the role as experienced mentor, conductor and musician Bo Stief has the task of equipping the young selected musicians with the necessary skills in order to perform to the best of their ability.

The keyword of PLAY!GROUND LIVE is among other things to ensure that the young talents transcend the scene – which has been accomplished over the project’s years, both figuratively and physically speaking.

To play with a smile

Bo Stief quickly figure out the basic form of the concept. With the conviction that music is a personal and creative act that involves everyone, the idea that music is just something you learn is removed from the project. PLAY!GROUND LIVE is based on the idea of ​​being: being on, being present and being together.

Presence, dedication and the desire to contribute with a good and engaging concert experience are the basic elements of PLAY!GROUND LIVE. Learning by doing is the basis for how useful experiences can be acquired and when young musicians are thrust into a realistic situation, as well as the direct meeting with music, rather than an academically-based understanding of music, where pace and tone are anything but thrilling.

According to Bo Stief, the music has taken a too educational direction; It has been distanced from the immediate, effective interaction live music can offer. In comparison, PLAY!GROUND LIVE wants to inject positive energy and create a cohesion that activates both the room and the audience by breaking the habitual framework, both physically and musically.

Juice, power, will and vitality – these words have come to sum up PLAY!GROUND LIVE’s annual musicians over the years, when they aim to create magic through supreme and catchy interactions.

The experience as focal point

PLAY!GROUND LIVE is based upon basic philosophical attitudes to life: The project is about being present and giving something back to the listeners. Energy and expression are the core values ​​of the project. Giving the audience a good, engaging and, not least, exclusive experience shared together every year is the essential purpose of PLAY!GROUND LIVE.

The project has been improved year after year in order to create the best model for the initiative: when PLAY!GROUND LIVE began to have tryouts for the band back in 2011, the selection process was streamlined and interested participants were given the opportunity to shine through their passion for performance.

All logistic work is organised by the self-governing institution in Herning, Swinging Europe: tour bus, concert halls, concerts and hotels are booked or rented by the institution, so the one week tour can take place each year. The mechanisms are joined into a higher form when creativity is combined with practical performance, so that musicians can give their best personal efforts at each concert.

The project has participated in Copenhagen Jazz Festival since 2009 and Aarhus Jazz Festival, and the bands have performed at various venues throughout the country, evolving all the time, in the context as how to capture the public’s attention through creative and entertaining whims.

In 2016 PLAY!GROUND LIVE celebrated its 15th anniversary. The event was celebrated at Herning Town Hall on March 29th, 2016. Here the chairman of the Culture and Leisure Committee, Johs. Poulsen, gave a speech on behalf of Herning Municipality and both conductor Bo Stief and former chairman of Swinging Europe, Per Kap Bech Jensen, gave speeches.

PLAY!GROUND LIVE has always been in the process of rethinking itself – this also happened in February to March 2017 when the Nordic pendant of the project unfolded under the title PLAY!GROUND LIVE NORDIC. In this constellation, twelve musicians played 18 concerts onDanish, Swedish and Finnish soil for the very first time.

Looking back at several successful years, PLAY!GROUND LIVE has proved to be a project, which has accomplished tipping the unfiltered joy in relation to music all the way over the edge of the stage scene and directly into the hearts of the audience.

Happiness, a playful approach to performing and laughter has led the pilot project to grow into an established annual event that will continue to showcase talents in Denmark and abroad in the coming years. The interaction between young musical talents makes out the backbone of PLAY!GROUND LIVE – and everyone is invited to come along on the experience-filled journey. 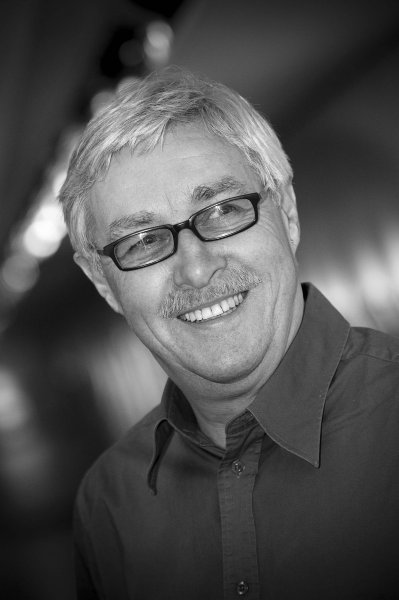 Composer Bo Stief is an established musician on an national and international level.

With more than 50 years of experience from the music world, he has composed music for   PLAY!GROUND LIVE, which is given new life in the young talents’ hands for each year.

Bo Stief has through a string of years been connected to the project and has mentored the twelve musicians connected with a steady hand for each year. With more than 50 years of experience as a musician, Bo Stief is a versatile composer and bass player, who has tried his hand at everything from swing, hard bop, funk, rock, Afro, Latin og Nordic livemusic with great engagement and commitment.

After several years of experience from working with youth and talent development, Bo Stief focuses on combining a high musical level and the social aspects of the band when the tour brings the young musicians around the country.